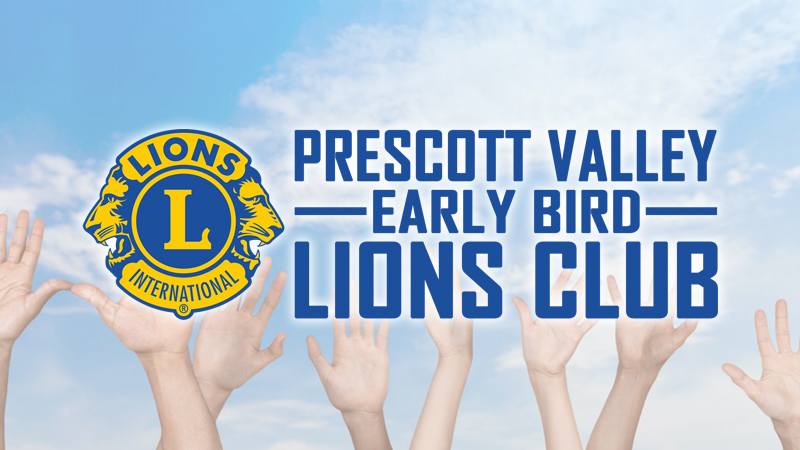 Last October, she said, a group of teens visited the mayor’s office and alerted staff that they were tired of going to funerals whereby their classmates had died because of accidental fentanyl overdoses.

“We knew we had to do something in Prescott Valley,” she said.

Hunt mentioned the Overdose Fatality Review Board (OFRB), part of MATFORCE that has kept a running total of fentanyl overdose deaths in our county. According to the board, October 2020 tallied 50 deaths from overdoses.

The MATFORCE site reads: 2018 was the first year that the OFRB recorded an overdose death of someone younger than 20 years old. Since then, seven teens have died from a fentanyl overdose. Two of those deaths were 14-year-olds.

She handed out boxes to every Lion member at the meeting – naloxone kits from Yavapai County Community Health Services – a lifesaving prescription drug that can reverse an opioid overdose in the body. Most law enforcement agencies in our county carry naloxone in their vehicles.

Hunt said she keeps one in the glove compartment of her vehicle.

“Our vision is to work together to stop this abuse in Yavapai county,” Hunt said.

Local schools are participing in the effort as this overdose epidemic is plaguing the lives of our adolescents, she said.

Hunt said that Yavapai County has seized thousands of fentanyl pills bound for our communities. She added that county sheriffs recently stopped a vehicle that contained 55,000 fentanyl pills; two milligrams of the chemical is deadly.

“Drug cartels are pushing these from the manufacturers in China. Kids are buying what looks like a xanax but they are laced with fentanyl,” she said.

For more information, visit matforce.org to view the latest fentanyl Community Alert and for more resources and tips on how to talk to your children about drugs.